Google Earth 5, the latest version of Google’s 3D geo-browser, brings an important feature from the discontinued Google Earth Plus, which used to cost $20/year. You can now read tracks and waypoints from a GPS device like Magellan and Garmin and you can import GPS files in GPX and LOC format.

Another interesting new feature is the ability to visualize geographical changes over time. Google Earth shows historical imagery that goes back to the 40s in some places like San Francisco. 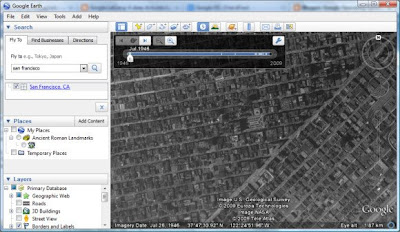 If you find an interesting way to visualize a location, there’s a new “record a tour” option that saves the places you visit in Google Earth and lets you replay the tour. Unfortunately, you can’t export a tour in a video format using the free version of Google Earth, but the good news is that you can record a voice commentary.

Google Earth is no longer just about the Earth and stars, now you can use it to view imagery and terrain of Mars by clicking on the planet icon. 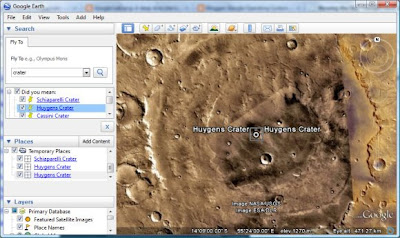 While all these additions useful, you’ll most likely download Google Earth 5 to explore the ocean. “Dive beneath the surface and visit the deepest part of the ocean, the Mariana Trench. Explore the ocean with top marine experts including National Geographic and BBC. Learn about ocean observations, climate change, and endangered species. Discover new places including surf, dive, and travel hot spots and shipwrecks.”

Google Earth 5 for Windows, Linux and Mac can be downloaded from earth.google.com. The Windows version is not download directly: you first install Google Update, which downloads the setup and then installs the application. For those who can’t use Google Update, here’s a direct link to the Windows client.